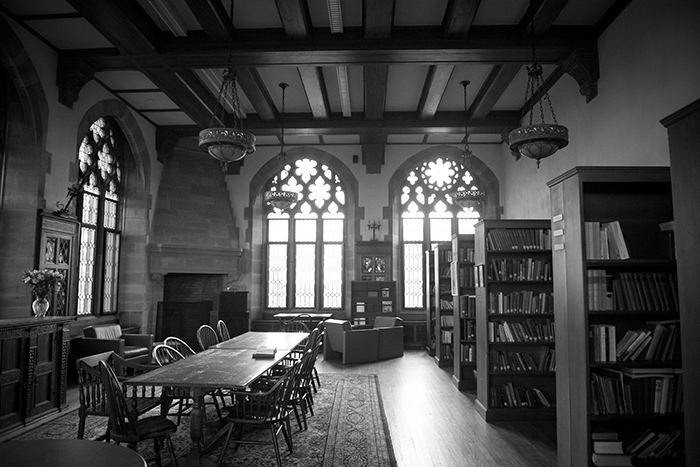 The Department of Comparative Literature at Yale has distinguished origins. René Wellek founded Comparative Literature at Yale in 1947 and continued to head it for the next fifteen years, first as director of its Ph.D granting program, then as chair when it became a department in 1960.  Erich Auerbach joined the program in 1950, William Wimsatt in the following year. These three eminent comparatists formed the backbone of the department and defined its identity in the 1950s and beyond: Auerbach and Wellek offered courses on the history of criticism, Wimsatt on literary theory. In 1961, Thomas M. Greene and Peter Demetz joined the small department.

It began to expand at the beginning of the next decade, first with the addition in 1970 of Geoffrey Hartman and A. Bartlett Giamatti (who would leave the department to become President of Yale in 1978), and then of Paul de Man in 1971, the same academic year in which Wellek retired. For the next twelve years until his death in 1984, the department would increasingly be identified with de Man and Jacques Derrida, who was a visiting professor in the department. Through the criticism and teaching of Hartman, Greene, J. Hillis Miller, and, outside the department, of Harold Bloom, the department was also identified with literary theory more generally: the “Yale School.”  Romanticism and the Renaissance were established as particular fields of strength of the department in these years.  The undergraduate Literature Major, founded in 1970, was housed within Comparative Literature in 1981 – and allowed for the creation of a junior faculty. A succession of young scholars would infuse the department with energy and fresh intellectual perspectives. From the second half of the 1980s, the arrival of Michael Holquist, Katerina Clark, and Benjamin Harshav made Comparative Literature a center for the study of Russian literature and literary theory, while the influential teaching of Peter Brooks (a member of the department since 1974) and of Shoshana Felman powerfully amalgamated psychoanalysis with deconstruction.

The department took a new turn in 2000 when Dudley Andrew joined its faculty and brought film studies into its curriculum. Carol Jacobs and Katie Trumpener came two years later.  All of these eminent scholars had a least one foot in the twentieth century; a subtle shift in the department’s historical focus had taken place. In 2012, Pericles Lewis would be the second member of the department to take on a Yale presidency when he became Founding President of Yale-NUS College. In recent years Moira Fradinger, Martin Hägglund, Hannan Hever, and Jing Tsu have joined the department’s senior ranks. Appointments at both the senior and junior level in this decade have reflected the department’s commitment both to build on its traditional fields of strength and to create new strengths in the study of non-western literatures.

Throughout its history, the department has welcomed and fostered scholarship of the widest variety.  It has emphasized theoretically informed readings of literature and a broad grasp of literary history subtending theory itself.