For over 50 years, Yale’s Comparative Literature department has been one of the preeminent sites, worldwide, for the comparative practice of literary history and analysis, and for the promulgation of literary theory. From its founding as a unique program for wide-ranging, cross-cultural, philologically and theoretically engaged studies of language and literature, the department has been committed to a broad geographic and intellectual scope, both in its graduate curriculum as well as its vibrant undergraduate course of study known as “The Literature Major.” Located at the heart of Yale’s campus, we are a center for multidisciplinary scholarship in over twenty languages, connecting our students and faculty to variety of departments, institutes, and working groups within Yale and beyond.

Our Commitment to Diversity

Efforts to promote diversity and inclusion, respect groups and their individual members for their unique qualities, and monitor and challenge bias are essential to the pursuit of all knowledge and intellectual work, and fundamental to the values of our department.

The Department of Comparative Literature seeks to create an inclusive, welcoming, and diverse learning and professional environment and is committed to the recruitment and retention of members of underrepresented groups. Diversity (including but not limited to issues of gender, nationality, race and ethnicity, sexual orientation, age, disability status, socioeconomic status, and religion) is integral to all intellectual activities in the department.

We are committed to achieving, maintaining, and promoting the highest standards for an inclusive intellectual community. Empowering scholars of diverse backgrounds and supporting research and thinking with diverse populations are key to both the quality and the vitality of our communal work

The Department of Comparative Literature takes concerns about sexual misconduct and other forms of discrimination very seriously. To maintain a community in which everyone feels at home, the Department encourages students, faculty, and staff to make the chair aware of any forms of sexual harassment or other behavior that violates rules of mutual respect. The Department stands against anyone’s misuse of the power of their positions in an overt or implicit way. We also encourage reporting such unwanted behavior to the Title IX Office and/or SHARE. The University maintains a number of resources to address such questions:

May 23, 2022
Rainer Nägele, Alfred C. and Martha Mohr Professor of Germanic Languages and Literature Emeritus passed away on May 12, 2022, at the age of 78.  Rainer Nägele studied at the University of Innsbruck (Austria) and the University of Göttingen (West Germany) before receiving his Ph.D. in 1971 from the University of California, Santa Barbara. He was a faculty member at Yale from 2006 until his retirement in 2016. His many brilliant and innovative books and numerous essays, as well as his remarkable... 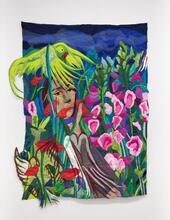 How to (Not) Read Afghan Literature?

May 5, 2022
Afghanistan through Afghan Voices is a series of virtual workshops that highlights and critically engages with recent scholarship on one of the most culturally diverse regions in the world. It aims to open an inclusive and multidisciplinary space where Afghan scholars and artists come together in conversation with broad audiences to publicly reflect on their research endeavors and creative trajectories. Monthly programs include Afghan artists from around the globe in dialogue with scholars of...

March 24, 2022
On Tuesday, March 29, 2:30-5:30pm, Yale will host a symposium on the career of the Uzbek writer Hamid Ismailov. Ismailov is the preeminent contemporary Central Asian novelist, and a founding member of the Fergana School, one of the most important Russophone poetry scenes of the post-Soviet moment. A panel of critics including Sam Hodgkin and Leah Feldman will survey his literary career, and a panel of his English translators including Robert Chandler will discuss the experience of translating...
END_OF_DOCUMENT_TOKEN_TO_BE_REPLACED