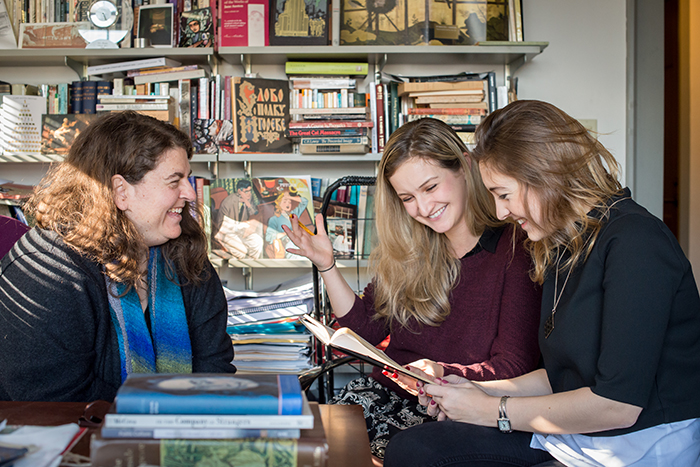 What’s the difference between the English Literature and the Comparative Literature Major?

It’s all but invariably the first question new and prospective students ask me in my role as Director of Undergraduate Studies for the Comparative Literature Major. It’s a great question and I love answering it.

Put very simply, the English major at Yale takes as its base the canon of works written in some form of the English language. Of course this gives them a huge choice of texts from all over the world; but except in some special circumstances, if it isn’t originaly in English then the English Department probably won’t ask you to read about it. Now this is no criticism of scholars of English - certainly not! Rather the opposite: their focus forms their strength.

But scholars and students in the Comparative Literature Major know no such limitations: if it’s a text we will read it, think about it, and share our thoughts with each other - no matter the original language. Such borderless free choice sounds wonderful, and perhaps a little intimidating. “I want to read everything in the known world too!” you might say “But I don’t know every language. Is that a problem?”

To answer you I might first say that, yes, it is a problem. A fascinating one. How can we understand what this amazing thing called literature is when individually we can only read such a small fraction of it? Well, that’s why we come together as scholars at a place like Yale: to teach each other languages, translate texts for each other, and tackle all the difficulties inherent in human communication in order to share our hard-won knowledge with each other.

So of course you don’t need to know every language. But we would like you to know one or two; or at least be willing to have gotten quite far in one or two by the time you declare your major. That’s easily accomplished at Yale. Or as easy as it ever can be to learn a whole new way to communicate. But if you’re interested in literature you’re also interested in language - so you’ll enjoy it.

In the Comparative Literature Major you’ll focus on learning some aspects of the literary canon of your chosen language, but unlike taking a degree in a national language department, which requires that you know the literary canon, we’ll ask you to look quite a bit further beyond the linguistic and cultural horizons you’ll have set for yourself. We’ll ask you to take classes where you can think in the very idea of literature itself. What is literature? How does it work? What is a story? These simple questions challenge us every day.

We’ll also want you to think about where your chosen literature fits into the wider world of texts. This means you’ll be reading literature from other times and traditions. Don’t worry, they’ll be in translation - which is itself a topic we love to talk about. We like film too. And art. Why? Because they’re all different forms of texts.