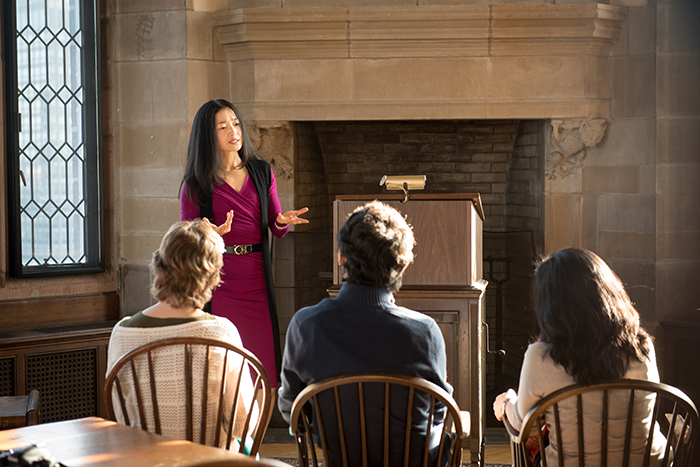 The Department of Comparative Literature at Yale is proud of a long tradition of excellence. For fifty years, it has been a leading graduate program for the study of literature beyond linguistic or national boundaries, for the theory, interpretation and criticism of literature, and for their interactions with adjacent fields including history, philosophy, film, the visual arts, psychology, and law.  The department encourages students to develop their skill at textual analysis while challenging them to reflect theoretically on the acts of writing and reading, as on the connections between literature and other realms of human experience. We pride ourselves on the historical, linguistic and methodological breadth of our faculty and students. Our Phd guidelines help develop that breadth, but they also allow students great flexibility in shaping their course of study and pursuing their individual intellectual interests.

The Department of Comparative Literature and Yale as a larger whole provide a welcoming environment and social community for graduate study. Graduate students in the department organize the annual Baldwin-Dahl lecture which brings noted critics and thinkers to campus as well as an annual graduate student conference with a long and distinguished history of its own. Students and faculty share their work-in-progress in the ongoing Open Forum series and expand the intellectual reach of the departmental community by collaborating with a variety of centers, working groups and colloquia across campus.