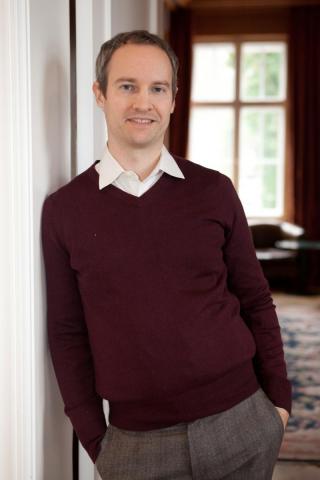 I joined the Comparative Literature Department at Yale in 2014, after teaching two years at Brown University. I’ve taught courses on Arabic literature, the practice of literary translation, the literature of sports, and modernist poetry (in French, English, Spanish, and Arabic). I am the author of City of Beginnings: Poetic Modernism in Beirut (PUP, 2019), a study of the modernist poetry movement in Arabic and its Cold War context, which received the Gaddis Smith International Book Prize.

In 2012, I was a fellow at the Cullman Center at the New York Public Library, where I worked on a translation of the Egyptian novelist Sonallah Ibrahim’s early masterpiece, That Smell and Notes from Prison (New Directions, 2013). I have also translated the Moroccan critic and fabulist Abdelfattah Kilito’s The Clash of Images (New Directions, 2010) and The Tongue of Adam (New Directions, 2015), both from the French. My translation of Iman Mersal’s The Threshold will be published by Farrar, Straus and Giroux in 2022.

In addition to my scholarship, I regularly publish works of criticism in The New York Review of Books, The New Yorker, Harper’s Magazine, and elsewhere. For this work, I received the Roger Shattuck Prize for Criticism in 2013. I have been a fellow at the NYPL’s Cullman Center and the American Academy in Berlin. I was poetry editor of The Paris Review from 2011-2018 and received a Guggenheim Fellowship in 2021.

My current project, The Ruins: Arabic Poetry in an Age of Extremes (Farrar, Straus and Giroux, forthcoming), is an intellectual history of the Arab world after WWII, told through the lives and works of its representative poets.

“Modernism in Translation” in Arabic Thought against the Authoritarian Age, ed. Jens Hanssen and Max Weiss (Cambridge, 2018) [Cambridge UP]

The Ruins: Arab Poets in an Age of Extremes [Farrar, Straus and Giroux, forthcoming]

Review of City of Beginnings [NYRB]