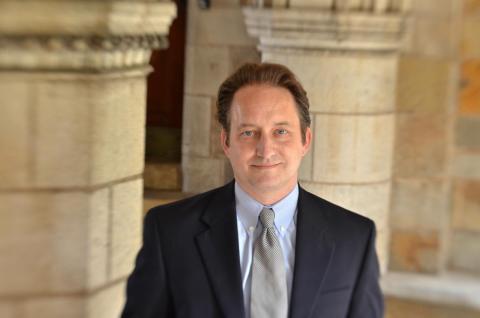 Pericles Lewis, Douglas Tracy Smith Professor of Comparative Literature and Professor of English at Yale University, serves as Dean of Yale College. In partnership with other university leaders and faculty members, he is responsible for guiding the curriculum, intellectual life, residential experience, and student affairs of the Yale College community. His goal is to ensure that Yale offers the world’s best undergraduate education.

Lewis’s research shows how developments in literary form emerge out of a background of social, political and existential ferment. His literary critical work focuses on the modernists who revolutionized European literature in the early twentieth century. He is the author of three books on the social contexts of modern literature and editor of four books. He is currently writing a book on liberal education and completing work on the fifth edition of the Norton Anthology of World Literature, for which he serves as the primary editor for the twentieth and twenty-first centuries.

A former member of the advisory board of the American Comparative Literature Association, Lewis serves on several editorial boards and has written for the Chronicle of Higher Education, The Harvard International Review, The Los Angeles Review of Books, and Times Higher Education.

Lewis has supervised 14 doctoral dissertations, and his former students now teach at leading colleges and universities in the United States and worldwide. In 2004, Yale recognized him with the Graduate Mentor Award. During his deanship, he will not be supervising dissertations, but he is available to graduate students for consultation.

Born in Toronto, Lewis is a dual citizen of the United States and Canada. His wife Sheila Hayre, a graduate of Yale Law School and former staff attorney at New Haven Legal Assistance, teaches at Quinnipiac University Law School in North Haven, Connecticut. Their son is a recent graduate of Yale College, and their daughter is a current Yale undergraduate.