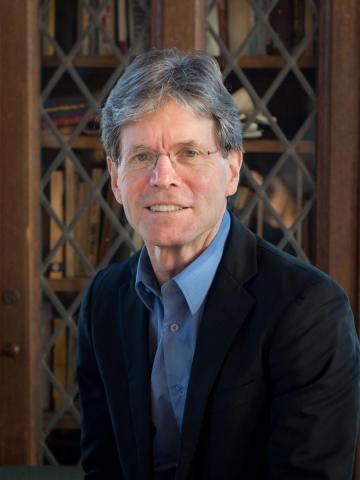 Dudley Andrew studied English and Philosophy, then learned filmmaking before getting in on the ground floor just as Film Studies was taking off in the USA. His dissertation on film theorist André Bazin has funded several of his books, and has taken him frequently to France where he wrote two large histories of 1930s culture during the Popular Front era.   Andrew taught Comparative Literature and Cinema Studies at Iowa for years, directing the dissertations of many of today’s leaders in Film.  Coming to Yale in 2000, he chaired Comp Lit from 2009-2013.  In the department he has worked with graduate students primarily on the French literary and philosophical milieu, or on issues that cross between Cinema and Literature (aesthetics, translation, hermeneutics, critical theory, world literature/cinema).  He has taught undergraduate courses in World Cinema and in adaptation, as well as seminars related to the work of Bazin, whose writings he continues to edit in English translation. Andrew provides a link to French film history from personal encounters with Truffaut, Renoir, Resnais, Rohmer and other key figures. He is a “commandeur de  l’ordre des arts et des lettres,” a member of the American Academy of Arts and Sciences, and he received the Lifetime Achievement award from the Society for Cinema and Media Studies.

Popular Front Paris and the Poetics of Culture (with Steven Ungar). Harvard UP, 2005

For further information, consult the CV