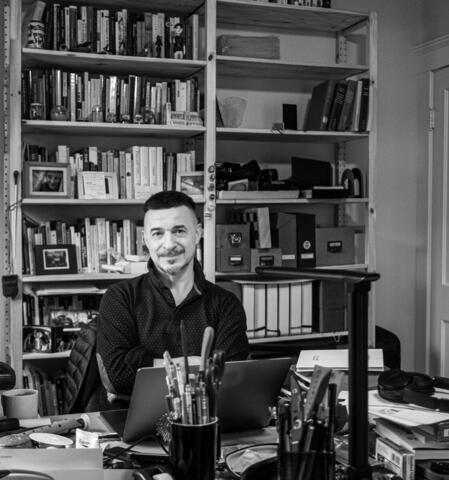 After studying in Valladolid (Spain) and Paris (France), Jesús Velasco received his PhD in Philology from the University of Salamanca in 1995. Currently, Velasco is an ABD in Law at the École des Hautes Études en Sciences Sociales, Paris, with the dissertation project “Science de l’âme et corps du droit: Une généalogie.” His main research interest is in the field of Law and Culture, especially during the Middle Ages and the Early Modern period in the Mediterranean basin, with a clear emphasis in the Iberian world and its connections with other regions. He works with original manuscripts and archival materials, because they are epistemological devices that modern editions cannot properly replicate –not even digitized versions. He has published books and articles about medieval chivalry from the perspective of legal and political treatises. Velasco has also published books and articles on Occitan poetry, medieval and early modern political theory, history of the book, manuscript culture, etc. His last three books include Order and Chivalry (University of Pennsylvania Press, 2010), Plebeyos Márgenes: Ficcion, Industria del Derecho y Ciencia Literaria (Salamanca, 2011), and Dead Voice: Law, Philosophy, and Fiction in the Iberian Middle Ages (University of Pennsylvania Press, 2020). He has just completed a new book, Microliteratures: Marginal Writing, Networking, and Political Conflict in Medieval and Early Modern Spain.

Jesús Velasco is the founder and convener of Iberian Connections: Medieval and Early Modern Studies, and Contemporary Critical Thought (https://iberian-connections.yale.edu).

Overgrown Customs (a study of medieval fueros or local charters)

Science of the Soul, Body of Law (on the affinity between the science of the soul and the legal discipline, from Plato to Forensic Architecture)