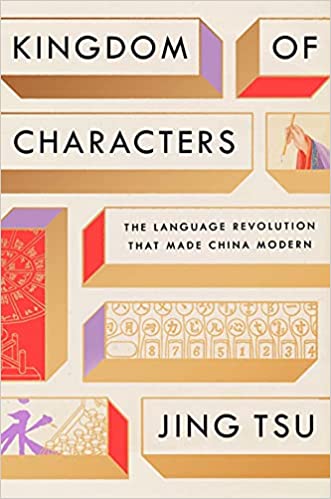 Professor Jing Tsu’s new book, “Kingdom of Characters: The Language Revolution That Made China Modern,” (Riverhead, Penguin Random House, 2022), has been named among the “100 Notable Books of 2022,” by The New York Times and among the twelve “Best Nonfiction of 2022” by The Washington Post. Her book will appear in paperback on January 17, 2023.

Along with her distinguished book release, Professor Tsu is honored to be delivering the William Clyde DeVane public lecture series, “China in Six Keys.” The lecture series begins January 18, 2023 and runs through April 26, 2023. More information about the lecture series can be found here: https://news.yale.edu/2022/10/31/devane-lectures-china-scholar-offer-deep-context-modern-conflict