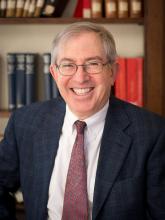 We are pleased to announce that on October 15–Virgil’s birthday–David Quint was awarded the International Virgil Prize in Mantua, Italy. It is the highest prize offered annually to a distinguished scholar of Virgil.  Here is a link to the announcement, along with  another to the article that came out in the local Mantua paper:

Below find translation from the online translator:

Virgil celebrates his birthday  October 15, 70 B.C. Since it is not possible to blow out 2088 candles with a single breath, the immense birthday cake is perfectly sublimated by the Virgilian Academy with the award of the international award bearing the name of the poet: the first experimental edition dates back to 1994, then from 2009-2010 the award became biennial and now, 2016-2018, triennial. With in the middle a special edition, in 2011, a prize for the great Seamus Heaney. For some years now, the prestigious recognition sections have been awarded: the “Vergilius” award for senior graduates in long-standing Virgil studies, awarded today to David Quint, a professor at Yale University, New Haven, Connecticut, author of “Virgil’s double cross” . Design and meaning in the Aeneid “published in Princeton only a few months ago; and the “Mantua” award for junior under 40 that goes to Antonio Ziosi of the University of Bologna. To start the celebrations, this morning from 9 am in the Oval Hall of the Academy, is a meeting that revives the tradition: in the eighteenth century the Academy was in charge of the education of the students of Mantua and the girls and boys of classes II and IV D of the scientific high school Belfiore, together with the teachers Sabina Casarini and Gaia Giovanzana, meet Ziosi discussing the theme “At school with Dido”, ranging from the fourth book of the Aeneid to the “Didone character” in authors following Virgil. Just last year Ziosi edited the book “Didone. The tragedy of abandonment. Variations on the myth “, texts by Virgilio, Ovidio, Boccaccio, Marlowe, Metastasio. But here we are already projected to Bibiena, from 16.30, with the greetings of President Gualtierotti and the opening of Gian Biagio Conte, of the Scuola Normale di Pisa, president of the Judging Commission which - because, in the world, the number of Latinists is getting smaller and smaller - has worked hard to identify distinguished scholars to unanimously award the prize. After the reports of the winners Quint and Ziosi, at 6.30 pm the Quartetto dell’Accademia comes into play with the soprano Daniela Longhi to give life to “Memorie d’antico”, a concert curated by Paola Besutti, with music by Debussy and Respighi. -